So back in 2012, the company I was at participated in the Adopt-a-Family program. We "adopted" a needy family of 12, and raised money to buy them gifts for the holidays. I was put in charge of buying gifts for a 12 year old named Kelyonce. I love shopping, and I love sales, so I stretched that $45 budget as far as I possibly could, and hopefully made one little girl's life amazing, even if for just a day.

Fast forward to the next year, my company picked a different charity to support. But I couldn't forget my Adopt-a-Family experience, so I decided to do it on my own. I adopted a needy family of 6 and set (what I thought to be) a lofty goal of raising $500. I somehow managed to raise $1200. I bought that family everything they asked for, hinted at, and didn't know they wanted. And it was glorious.

Blown away by the previous year's generosity, in 2014 I upped the ante. I adopted THREE families, 13 people total, ranging in age from 6 months to 62 years. And I raised almost $3k. And my heart exploded.

This year I have two families, with the plan to adopt a third if the donations make it possible (or even a fourth or fifth). Two single mothers, one with 3 kids, one with 2 kids.

I accept donations in any form, but easiest would probably be PayPal, Chase Quickpay, Google Wallet, and Square Cash by sending payments to notcontrary [at] gmail [dot] com.

I take 100% of the donated money and purchase things like clothes and household goods for the families, toys for the kids, as well as gift cards for grocery stores they have requested.

Again, any bit of generosity is greatly appreciated. Even if it’s just $5, everything counts!
Posted by mary mary at 6:55 AM 1 comment:

7 years. What am I supposed to say? I can't say the same thing every year. Probably not necessary to say something every year. Shit happens? Shit happened. It was life altering and what not. I don't like re-living it. I wouldn't wish it on anyone, but I can't deny that it's somewhat responsible for some positive changes in my life. Opportunity out of tragedy, I think I've said that before. But I still curse her...Katrina, that bitch.
Posted by mary mary at 9:00 AM 2 comments:

About a week ago I went to this pretty cool thing called the Full Moon Fire Jam. It apparently started out as a small celebration of someone's birthday, but then turned into a regularly scheduled family event in a park. Basically a bunch of hippie flame performers show up, do a quick safety course, and then entertain everybody for a few hours. 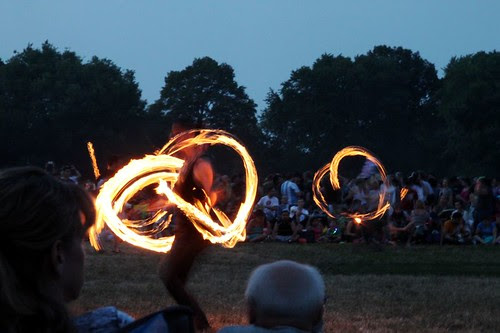 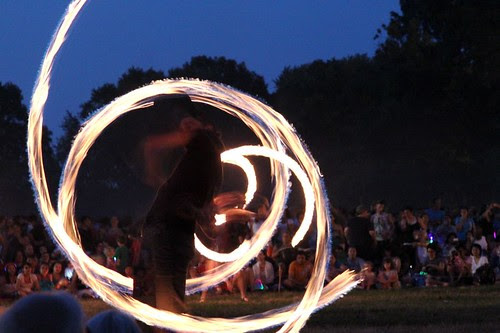 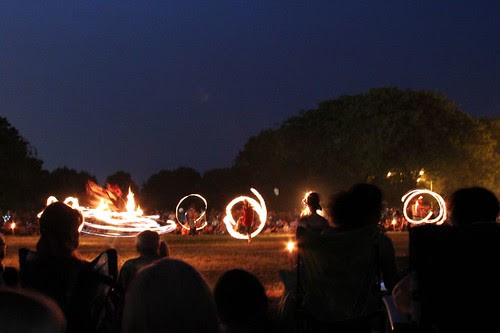 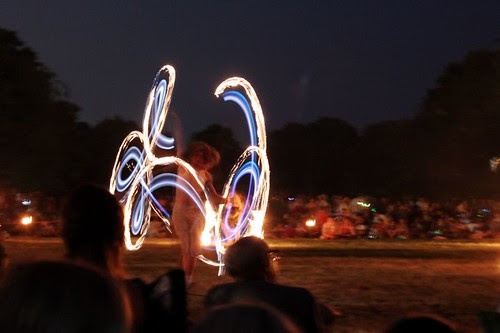 I saw the Cirque du Soleil show Dralion last night. I actually saw it once before, 10 years ago, when it was performed under the Grand Chapiteau (big ass tent) in Houston. Now the show is performed in an arena. While I guess it's good that I grew up to be slightly more successful than a circus performer, I still think it would have been pretty rad. I seriously want to get a cyr wheel. Maybe for Christmas.

As per usual, you're not allowed to take pictures at the show. But I got some shwag, so here's a Cirque mug shot! 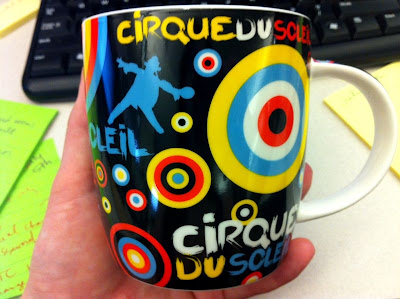 Also a milestone, I don't think I cried yesterday. Just shy of two months. I won't give up the waterproof mascara just yet (we'll see how consistent I am with this first). But that's progress I think. "There is only one direction to go in life..."
Posted by mary mary at 10:40 AM No comments:

One item is off the bucket list! Got a late night text on Saturday that someone's friends had bailed on a boat ride (who does that?!) and did I want to participate in Sunday Funday out on the lake? Hell yes.

I woke up and made a quick grocery run for snacks, then packed up food, drinks, sunscreen, and a towel. Time to head to harbor! 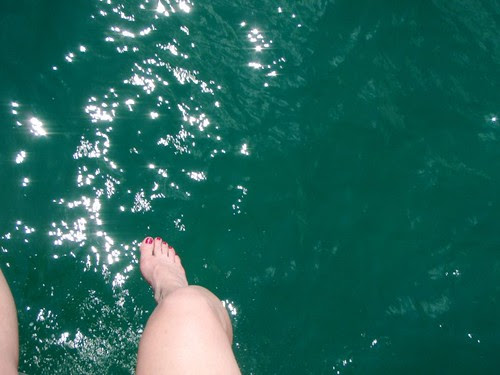 It wasn't too bad that the water was a little cold, because we had an island to float on. 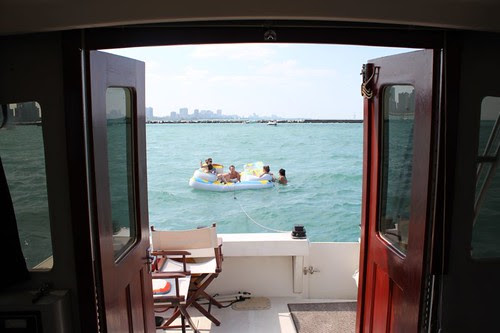 What a pretty city, from all angles! 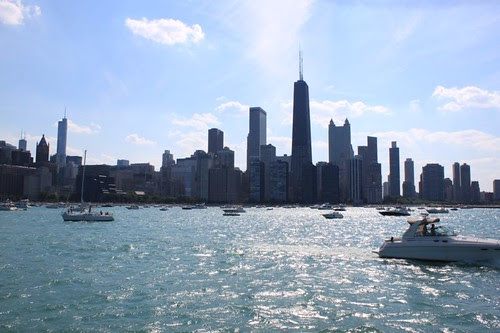 My grandfather had a boat, and despite him dying when I was only 7, I have many fond memories from those early years, being out on the Gulf of Mexico in the Ruby Lynn. That's probably where I got my love of free fall, jumping off the roof of that boat. I doubt it was even a 10 foot drop but to me it was exhilarating. We'd ride out to Ship Island from the marina in Biloxi, the grandchildren sitting across the front bow, each straddling a bar of the boat rail. The salt water would splash our feet and we'd point at the porpoises jumping alongside us.

I'm 31 now, and Lake Michigan is nothing like the Gulf of Mexico, but riding out on the open water on the front of a boat was still as fun as I remembered. It was a great day up until the point I drank too much and made a fool of myself. As is tradition these days.
Posted by mary mary at 9:12 AM 1 comment:

While I'm way too shy to have ever been involved with it, I absolutely love theater. Performance in general really, dance, live music, whatever. When they're all together, and done well, it thrills me to no end. I'll fidget in my seat, almost ready to burst, because I'm just so excited to have all my senses engaged like that. I can ride the high of a good show for awhile. For example, I went to a concert back in 2003 that put me in such a good mood that the next morning my spirits couldn't be dampened--even when I got to work and a guy immediately backed into my car in the parking garage. He kept apologizing, and then thanking me for being so easygoing (and obviously I got his information and his insurance company replaced my bumper). But seriously, nothing can ruin that mood sometimes.

Last night I saw a pretty fantastic performance of Rent. And while it really doesn't include the dance element, the staging of this particular performance was a dance in itself, and I've always been a fan of the music. I feel like Rent is the cliche "favorite" musical theater production of my generation, having debuted in 1996, I first saw it on tour in 1998, and it was even made into a movie in 2005 (with most of the original cast). But oh well, I can't help but love it. I had the soundtrack in high school and have seen the stage production probably 5 times now, several times from the orchestra pit. I spent most of last night's performance mouthing all the words, but I'm convinced most people in the theater hadn't seen it before, and I think a couple people even left at intermission (that always seems to happen, somebody doesn't like the subject matter and peaces out).

So one of the things I was excited about in moving to Chicago was getting access to a bustling theater district. Certainly more opportunities to see great stage productions here than I had back in Louisiana. I've seen a number of performances since I moved, both dance and theater, and I told myself back when I was unemployed that as soon as I could afford it I would get season tickets somewhere. But now I'm not sure I want to get season tickets to one theater, because I sorta prefer being able to pick and choose what I'm going to see, since there are so many options. (Although the performances I've seen that I didn't have a choice in I still ended up enjoying). Also in this trend of last minute coupon deals with half price options (how I saw Rent last night) sometimes it's best to wait til opportunity comes knocking. Then I can afford more opportunities!

I'm not sure there was really a point to this post. Oh well.
Posted by mary mary at 12:32 PM 3 comments:

mary mary
Once upon a time I lived in the deep south. Then I moved to Chicago. You want your white picket fence, I want to climb over it and play in your sprinkler.